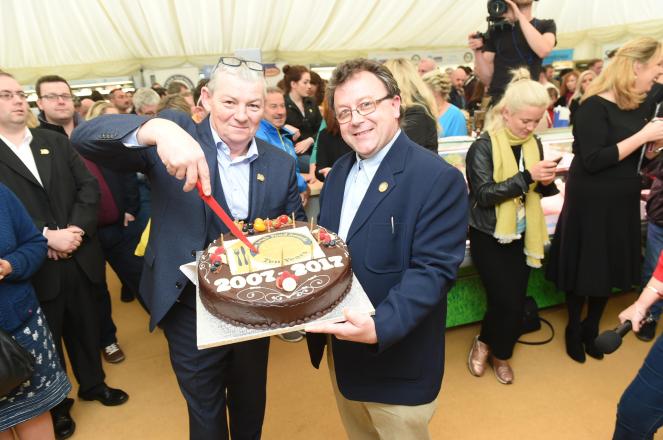 “What a BLASt – 10 years of the Irish Food Awards” was produced by Sharon Noonan and Kieran Hurley and aired on UCC 98.3FM on Friday 16 March at 6.00pm on the eve of the opening for entries of the 2018 Blas na hEireann/ Irish Food Awards.

The first ever Blas na hEireann / Irish Food Awards were staged in Dingle, Co Kerry in 2008 as part of the Dingle Food Festival. The 45 minute documentary, which is funded by the BAI, meets Artie Clifford, who conceived the awards and explores how they have grown from a handful of categories and entries in the inaugural year to almost 2500 entries in their 10th year.

The judging process, which was developed in collaboration with UCC, is explained in detail by UCC’s Professor Joe Kerry. Other contributors include award winning chef, Neven Maguire and Ireland’s most respected food writers, John and Sally McKenna. Tribute is paid to the late Shane McArdle for his significant contribution to the food and drink industry in Ireland and beyond.

“What a BLASt – 10 Years of the Irish Food Awards” is dedicated to the memory of Keady Clifford.

This site uses Akismet to reduce spam. Learn how your comment data is processed.

Listen to #BPT Podcast on Soundcloud